Finding My Gifts After Brain Injury

Finding My Gifts After Brain Injury 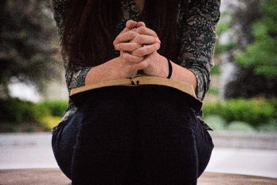 Seven years have passed since the car wreck, where I sustained a mild traumatic brain injury. Through my journey, there were many times I felt I lost my way.  My mild concussion didn’t feel mild to me, and I prayed many times, asking God what did He want me to do for Him? How could I serve Him when I didn’t understand the new me? Little by little, I began to see and hear the answers to my prayers.

Today started no different than any other ordinary day.  I was on my way to the store to buy dog food, and I came upon a major car accident that must have occurred within a few minutes before my arrival.  The emergency vehicles were starting to surround the intersection. Debris and glass had scattered across the entire road.  As I approached the crossing, I knew I needed to move my car quickly out of the way.  Several other vehicles along with myself, had to pass through the area slowly.  As we cleared the intersection, I could see people lying in the street, and hear them crying out in pain. I could feel the pit of my stomach knot up and I felt helpless.

I was only a block from my destination, and once I arrived in the parking lot, I sat in my car, trying to calm myself from the little bit I saw.  I wondered if there was something that I could do? There had been many people in the area, and police officers managing traffic and the excess of gathering bystanders.  As I sat in my car, a woman walked out of the store and began putting her purchases in the car next to me.  A strong sense of wanting to help in some way came over me and I felt like I should let her know that she may need to drive a different direction due to the accident.  As we were talking, I felt so sad for the people who were suffering, and I felt my heart recall what it was like to go through a slightly similar situation.   I started to tear up, and I shared with the woman that I felt the first responders and their gifts in helping others was such a blessing to all of us and that I didn’t have that skill.  She could see my tears, and she said,

“I look at it like this, I may not have that skill, but I do have the ability to pray for them…. right now.”

Her words reminded me of those from Patti Foster, TBI survivor, and Vice President of Hope After Brain Injury. When Patti awoke from her coma after a life-threatening car wreck, she asked her brother to “pray for her…right now.”  The words the woman spoke didn’t sink in for me right away, but what I later realized is what a total stranger said was an answer to many of my prayers.  I couldn’t physically help those people, but I could pray for them.  That was a gift from God that I often use but never saw it in the same light that I did today.

God gave me many gifts after my brain injury; however, today, He chose to let me know that praying for others who need healing is the “something I could do” to make a difference for them…..right now.

Hope For The Journey

As any kind of trouble erupts in your life, Hope appears on the scene in all shapes and sizes at just the right time. It has no limits…knows no boundaries. Read More

From death to life, Patti Foster lays hold of each moment and brings hope to others. A horrific traffic crash left Patti dead on the busy highway during evening rush hour. A gurgling noise made all the difference….and the fight to live ensued. Traumatic brain injury and fractured bones all over her body gave way to a coma that lasted 6 weeks… Miracles still happen! Here’s a short 13-minute clip of Patti’s Story of Hope presented at the 2020 Team Luke-Hope for Minds Pediatric Brain Injury Resource Fair & Conference, “Making Connections”